Disclaimer: This post contains affiliate links to products. I may receive a small commission for purchases made through these links.  Now I’m passionate about sharing the products I love with my audience, that’s why I decided to go for their affiliate program. If you buy through this link, you help me keep making these articles for you without ANY extra cost for you. Thank you!

(The affiliate link available here is for Amazon, but I read it when I was like 12 years old)

This is one of the books that it’s the most memorable of my life. It has influenced me in a way that I didn’t remember until I read it again to write this review… it literally changed my life.

I read it as an assignment in seventh grade. I know, WAY TOO YOUNG TO UNDERSTAND IT. Even now, after college, literally more than a decade later, I didn’t get everything. This book is DEEP. It is Hungarian and it was published in 1907. The story passes around 1880. So, I know that a lot of Hungary history is present, and it’s deeply influenced by the feeling of war. Something I couldn’t understand fully even if I tried since I never experienced even the feeling of war. I think there’s a lot of meaning that I didn’t get. Things about nationalism and even communism.

However, I did understand the core of it, which really stayed with me all those years: values. The meaning of friendship, believing and fighting for something you love, betrayal, and growing up.

This resonated entirely in my book without me even noticing it. My book is all about a bunch of boys growing up and figuring life out. Just like The Paul Street Boys. A book that I read over a decade ago and that left me such a deep impression that it is in my own book in various senses.

This book is simply precious. The story follows two boy gangs fighting over a piece of land, the grund. They are organized as an army, a real small society, with rules and principles. The apparently simple story has so many layers that it can be interpreted in various ways.

And it’s sad. Spoiler: it is sad. But it’s worth it. I hate sad things. I’m such a crybaby. I managed to not cry this time, however, when I was a child and read it, I couldn’t believe it. I wanted to change the way things went. I would do anything to change it. Even write a book of my own… but that was because I didn’t know anything about life back then. And now, as an adult, having read it again, I know much more of that young Isadora.

This is a timeless piece.

This is the cover available on Amazon, although is different than mine. 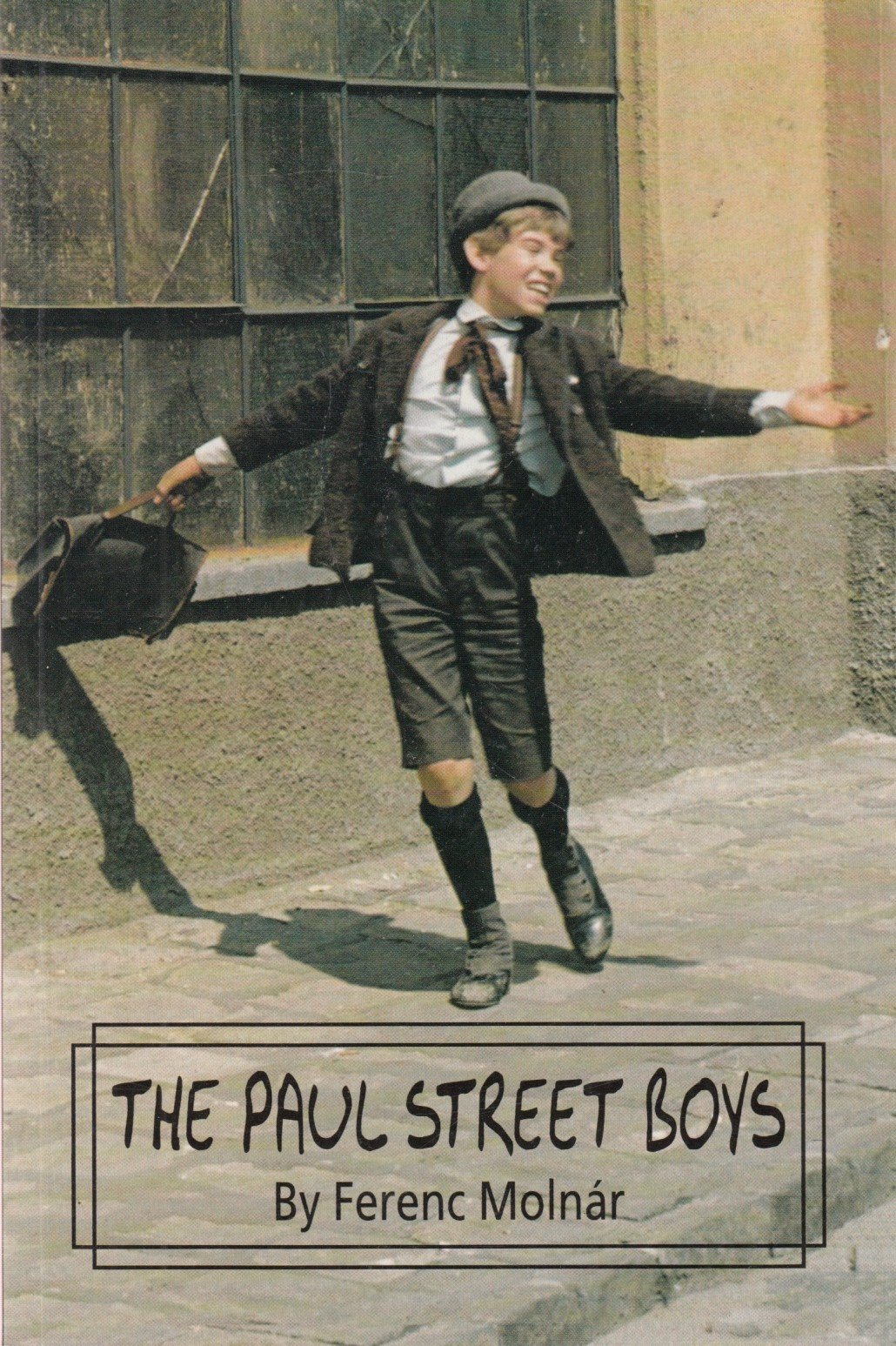 And this is what its summary says:

The Paul Street Boys (A Pál utcai fiúk – angol nyelven) Fordította: Loius Rittenberg Ferenc Molnár (1878-1952) is perhaps best known in the world for his brilliant drawing room comedies such as The Swan and The Guardsman. But in Hungary, it was his novel for young people, The Paul Street Boys (1907), which ensured his lasting popularity. Translated into English in 1927 and here updated, the novel about two gangs of boys fighting a war for a piece of land, a derelict building site which to them is a cherished symbol of freedom, is still the same fascinating story it was nearly a century ago. “At the time Ferenc Molnár wrote The Paul Street Boys, Cooper’s Indian war-stories were extremely popular in Hungary and there is the flavor of their morality in this book,” writes Mátyás Sárközi, Molnár’s grandson, in his Preface to the present edition. “There are examples of good camaraderie, loyalty, idealism, but Molnár always manages to save himself from being just a shade too sentimental. Like Mark Twain, he has the wit and the good writer’s sense to mix the grotesque with the pathetic.” A true world classic of its kind, The Paul Street Boys, which has been out of print for decades, is a juvenile classic that has lost none of its magic.

It’s impossible for me to rate any less! This book influenced me SO MUCH. And I still remember the teacher that assigned it to us. Helga, Helia. Or something like that. She used to pick on me, even though I was the shy, nerdy kid! However, thanks to her I read this amazing book and, maybe, without it, I wouldn’t be a writer today. So, thanks Helia or Helga, whatever your name is.

One of the first books I’ve ever written was almost exactly like this. It had some gang of boys fighting over control at their school. Reading it again makes me want to go back to that first draft and go over it. That’s the story of this book, so, if you love metaphors of society, learning of values, boys going on adventure and fighting, this is the book for you!

Main and Other Characters

This book has some main characters. It would be unfair to delegate this place to only one. The boys are well-developed, conscious, and, since it is a classic, it has none of the nonsense of the modern generations. It was different times back then, and this is a different way to write characters. Know that they all act like real people, being what real boys would be. They are tough but the book is extremely thoughtful.

That’s sad, actually. However, then again, this is almost like Tom Sawyer. I don’t even know if girls went to school at that time.

This suddenly made me want to write something like this but with girls only.

The two gangs spy on each other, invade one another territory, it has traitors, it has drama but without nonsense, and, it also has a big battle, a war.

It is filled with action and adventure but without losing itself with fantasy. It proves that real life can be as mysterious.

This book is sad.

It’s even sadder when you read it as an adult. When your own childhood is only a forgotten memory.

When you UNDERSTAND what they are talking about… because your own childhood friends are not with you anymore. The things that mattered the most for you are not even remembered now. The only thing left is a longing inside of each of us… one that has no name.

There’s even a statue: 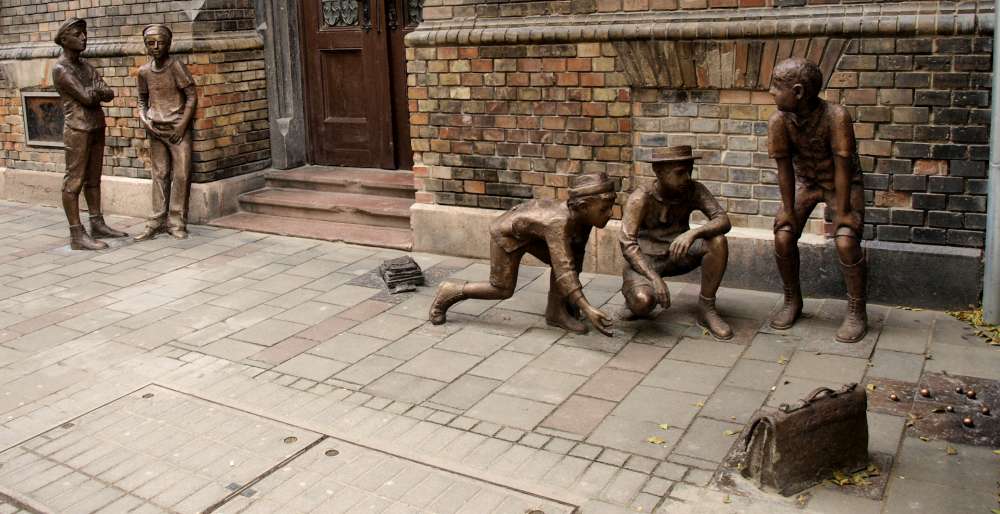 Sculpture of the Boys of the Pál Street in Budapest, Hungary. (I found this photo on Google)

I really want to go there now.

Just IMAGINE having your characters made into sculptures! OMG! Much better than movies! Eternal!

One of the best books ever written.

You won’t lose anything by reading it.